Every day until Christmas Eve I’ll be introducing you to an author whose debut novel came out this year. Today it’s Catherine Fearns. 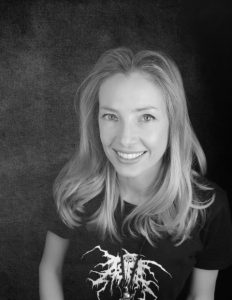 Catherine Fearns is a writer from Liverpool. Her first novel, crime thriller Reprobation, was published by Crooked Cat in October 2018. The sequel, Consuming Fire, will be released in early 2019.

Reprobation is a crime thriller with a supernatural element. When a body is found crucified on a Liverpool beach, the lives of a Calvinist nun, a death metal guitarist and a controversial geneticist become entangled. This is the first murder case for cynical Detective Inspector Darren Swift, and as the bodies pile up in a series of gruesome crimes, he is forced to confront his lack of faith.

I have always been fascinated by the concept of predestination – the theological doctrine that God decided at the beginning of time who would go to heaven (the elect), or hell (the reprobate). One day I was walking on Crosby Beach, where everybody in Liverpool does their best thinking, and I suddenly had the idea for a story about predestination. I stayed up all night writing, and by the next morning I had several thousand words and a cast of characters in my head. A crime thriller gradually developed around them. For the next few months I lived and breathed Reprobation, and it was a wonderful process.

A crime fiction fan who wants to try something a bit different. And a risk-taker; this book is not for the faint-hearted!

The Italian by Ann Radcliffe, Gallery Of The Dead by Chris Carter and Snap by Belinda Bauer. I have also asked my husband for the beautiful new Folio edition of The Anglo-Saxons by James Campbell. Fingers crossed!

I play guitar and sing (or scream, to be more accurate) in a heavy metal band. I am quite obsessed with heavy metal; it is probably something of a midlife crisis, in the best possible way!

I have four small children, so we take Father Christmas very seriously and will definitely be creating elaborate snacks for him and his reindeer. 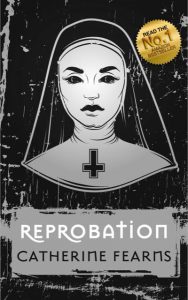